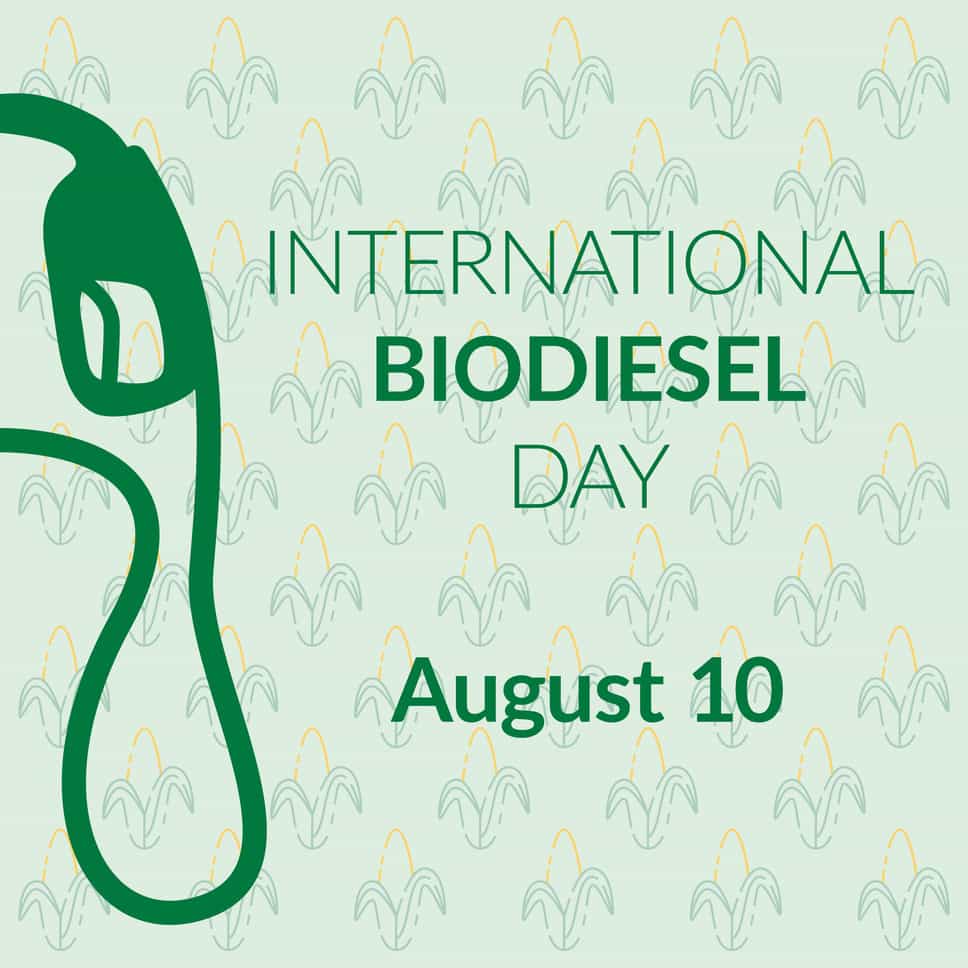 What Happened to the Biofuel Revolution?
access_time Apr 21st

What Happened to the Biofuel Revolution?

Did you know that the 10th of August was international Biodiesel day?

Biofuels were first experimented with back in 1853 and were, at one point, more popular than petrol. The popularity of biofuel dwindled as petrol became cheaper, only to see a resurgence as the desire for cleaner, greener fuel grew. However, hybris and electric motors overtook the bio revolution for personal and business leasing. It seems that its long and complex history has ended abruptly.
The question is, why?

J. Patrick and E. Duffy experimented with biofuel back in 1853. They undertook the initial transesterification of vegetable oil prior the first functional diesel engine. Transesterification uses alcohol, usually methanol or ethanol and a catalyst, potassium hydroxide or sodium hydroxide. They chemically break down the raw renewable oil molecules into ethyl or methyl esters, leaving the by-product glycerol.

Rudolf Diesel created the first functional biodiesel engine in 1893 in Augsburg, Germany. The engine, which ran on peanut oil, was showcased at the 1900 World Fair and won the highest prize, the Grand Prix.

Rudolf Diesel emphasised the importance of biofuel in a speech in 1912. The first car designed completely to run on biodiesel was the Citroen Rosalie in 1933. Formal biofuel production dates back to 1937, when G. Chavanne at the University of Brussels, Belgium, was named on a patent for a process that involved alcoholysis, ethanol, and methanol.

The rise of the petrol engine for car leasing deals

During the 1920s, many diesel engine producers began altering their engines to take advantage of the cheaper and readily available petroleum. The cheapness of petrol and the power of the petrochemical industry ensured the near elimination of biofuel.

While there were already concerns over the long-term sustainability of petrol and its adverse ecological effects, these were ignored. However, the misgivings never completely went away, and people continued to experiment with new forms of fuel.

In South Africa, pre World War II, heavy-duty vehicles were powered by vegetable oil. Between 1978 and 1996, the U.S. National Renewable Energy Laboratory worked under the “Aquatic Species Program,” experimenting with algae as a biofuel source. Rapeseed oil was used in France in the 1990s for the local biofuel production.

Benefits and Disadvantages of Biofuel for contract hire cars

Understanding the advantages and disadvantages of biofuels helps to understand why electric motors have overtaken biofuels as the future of green motoring.

Biofuels emit much less pollution than petrol. They also reduce greenhouse gases and can provide additional jobs in struggling economies. While biofuel production costs are high, they are becoming cheaper in relation to the soaring price of crude oil.
The crops used to create biofuel include corn, wheat, sugarcane, and soybeans. These crops are grown in abundance, making them sustainable. Additionally, biofuel is comparatively less flammable than fossil diesel. It also has better lubricating properties.

The U.S. Department of Energy allocated $73 million for 35 bioenergy research and development projects. One of the aims of the R&D projects is to further reduce the cost of producing biofuel. In 2019, the Ethanol Industry Outlook report stated that ethanol remained the lowest cost, highest octane fuel available.

Modern biofuels can be adapted to the needs of current engines and are known to perform exceptionally well under most conditions. With no need for engine conversion, fewer maintenance requirements, and fewer emissions, it is hard to see why we are not all using biofuels.

The answers focus on the disadvantages of using biofuels, and there are several that need to be considered. Expense remains one of the significant disadvantages. Capital investment in biofuel production is low. While demand is low, supply meets demand. If demand were to grow, increasing supply would be a long term, costly operation.

Concerns over monoculture also need to be considered. The practice of monoculture is producing the same crop year after year. The process may be economically attractive for farmers, but it also deprives the soil of much-needed nutrients present when crop rotation is employed. Monoculture can also change the local environment and lead to an increase in pests that destroy the entire crop.

Monoculture and the risk of pests also encourage genetic engineering to modify the crops to increase their resistance to pests. While this decreases the need for chemical pesticides, there are still concerns over G.M. crops and their effect on the broader environment. It is also possible that some pests will be immune and cause other problems.

Biofuel crops are usually food crops. Using the crops for biofuel over food or planting these crops instead of other food crops could potentially cause food shortages. It is more likely that the increase in growing crops for biofuel will increase the cost of food. Limiting the impact on land and food sources is achievable using other biofuel sources like algae.

Biofuels have a smaller carbon footprint than traditional fuels when burnt. However, the process of creating biofuels is dependent on water and oil. Creating biofuel on a large scale causes emissions and results in small scale water pollution. The longer-term use of biofuels as the future of motoring would require a more efficient means of production.

Water pollution isn’t the only concern when it comes to biofuels. There are also concerns over the amount of water needed to produce the crops. In areas where water is scarce, this puts pressure on reserves. Changing climates across the globe could cause further problems in the future.

Biofuel is also less suitable in colder climates where it is less effective. It attracts moisture more than fossil diesel and can increase microbial growth that clogs engine filters.

Weighing up the pros and cons of biofuels is vital if you consider using alternative fuels. With the number of ecological concerns, you can see why electric motors won out over biofuel in the general populace. That is not to say that there are no issues with all-electric and hybrid engines.

Leasing an electric or hybrid vehicle from Express Car Leasing is a fantastic way to reduce your carbon footprint and on-road expenses. At Express Car Leasing, our cars come from reputable manufacturer dealerships and contain the latest technology and safety and security features.

Follow us for news and updates on the changing face of driving, and contact the team to see how asset finance and the best lease deals can help you get on the road for less.